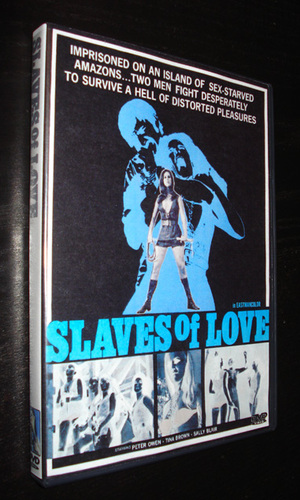 In the low-budget sexploitation film Slaves of Love two men discover a remote island populated solely by sex-hungry Amazon women who use a magnetic force to pull down airplanes flying over their island. After being captured and used as sex slaves, the men learn that there can be too much of a good thing.