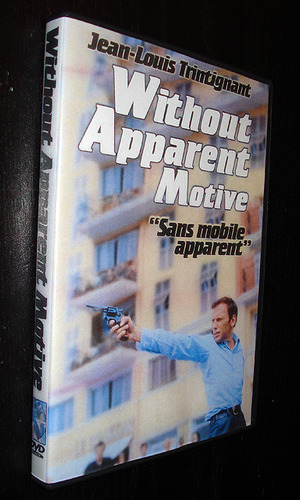 (New transfer, 1/20/21) This hard-boiled French crime thriller begins with the bold murder of a well-heeled Frenchman. The detective assigned to the case is most puzzled for there seems to be no motive. Then a old man and an astrologer are killed in exactly the same way, leaving the detective to figure out how the three disparate victims are linked. All he has to go on is a mysterious diary given to him by the step daughter of the first victim. Despite the film's noir-ish content, director Philippe Labro chose to film it in gay, sunny Nice, a technique that actually enhances the grimness of the suspenseful story.