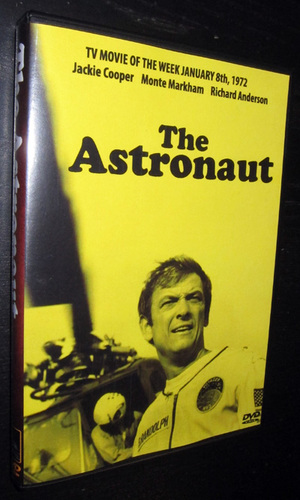 Astronaut Monte Markham has been dispatched to the heavens on the first US space trip to Mars. When TV coverage is abruptly cut off, the official story reads that there's been a slight malfunction, and that Markham is heading home. Only space official Jackie Cooper and a handful of associates know the truth: Markham has died a horrible death on the surface of Mars. To save the space program (not to mention American morale), a look-alike--also played by Monte Markham--is paraded before the cameras as the "returning" hero. It's doubtful, however, that the subterfuge will work on the astronaut's suspicious wife (Susan Clark). The Astronaut originally aired January 8, 1972.