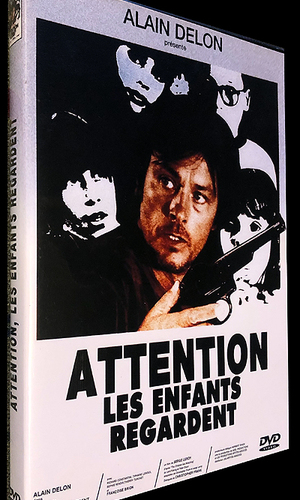 ATTENTION, THE KIDS ARE WATCHING (1978 FRANCE)

This disturbing French drama comments upon the effects of excessive television violence on children. It's set within a seaside villa, where under the care of a nanny, a group of children spend most of their days watching violent television shows. One day they all go to the beach. The nanny dozes while they frolic. For a joke, they load the snoozing servant into a rubber raft and set her out to sea. She panics when she wakes up and ends up drowning. The kids do try to save her, but when they fail they decide to run wild instead of reporting the incident. The death means nothing to them until a threatening stranger appears and tells them he witnessed it all. He then proceeds to terrify them with his predictions about what the authorities will do with such killers. The children turn around and get their own kind of revenge.