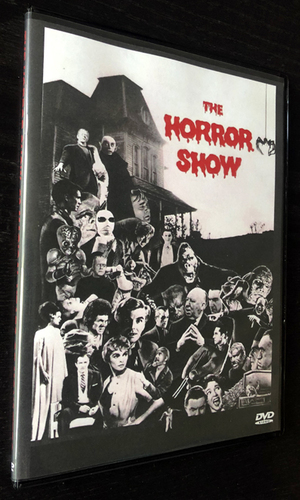 "The Horror Show" is a two-hour retrospective on horror in cinema - from the silent film era all the way up to the present day. Screened in theaters outside the USA, "60 Magical Years of Movie Monsters, Madmen And Other Creatures of the Night" was how the special's content was described. Time Magazine critic Richard Schickel wrote and directed and Anthony Perkins served as narrator and host. Psycho (1960), The Birds (1963), Willard (1971), Jaws (1975) and The Omen (1976) are all included, and some of Perkins' hosting segments are conducted in front of the Psycho house and on the set of Jaws at Universal Studios Hollywood.