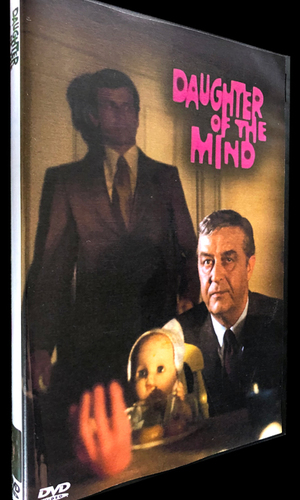 Psychologist Don Murray investigates the claim of Nobel prize winning scientist Ray Milland, who insists he has spoken to his young daughter. The thing of it is, the daughter has been dead for several weeks. At first dismissing the claims as the delusions of a grief-stricken man, Murray decides to stick with the case when he notices that the Government is acutely interested in Milland's ethereal "conversations". As the story unfolds, we learn that the apparitions are tied in with a complicated espionage plot. Daughter of the Mind was one of the first high-quality offerings of ABC's Movie of the Week series. The film also represented the TV-movie debut of Gene Tierney, as the other woman in the scientist's life.