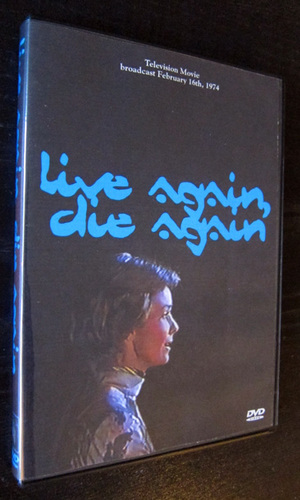 The science of "cryogenics" forms the basis of the made-for-TV Live Again, Die Again. Donna Mills plays a young woman who dies of rheumatic fever. At her deathbed request, Mills' body is frozen, in hopes of reviving her in the future. Thirty years later, Mills awakens, returning to the not-so-open arms of her doddering husband (Walter Pidgeon), her spiteful daughter (Vera Miles) and her mixed-up son (Mike Farrell). No, this was not produced by Walt Disney Studios. Adapted by Joseph Stefano from a novel by David Sale, Live Again, Die Again first aired February 16, 1974. (Audio note: there is a slight static noise in the background of this transfer)