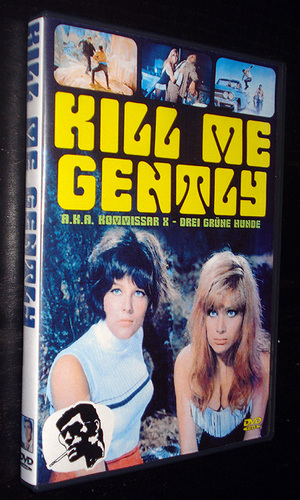 Another entry in the tongue-in-cheek espionage series Kommissar X, with the amiable duo of Tony Kendall and Brad Harris in the leads. This time their mission is to shut down an LSD smuggling ring that operates in Istanbul. And the first half of this movie is, probably, about as coherent as an actual LSD trip, but, again probably, not half as much fun. When the setting switches to "The Valley of the Thousand Hills", the film gets  better, and more action-packed. The production is pretty slick and there is good stuntwork throughout; Brad Harris' slide down the hills and his fight with an extra-muscular henchman are high points. And even though the heroes keep making remarks like "It's going to be difficult to escape, especially with the girls", the girls are quite capable of taking care of themselves.