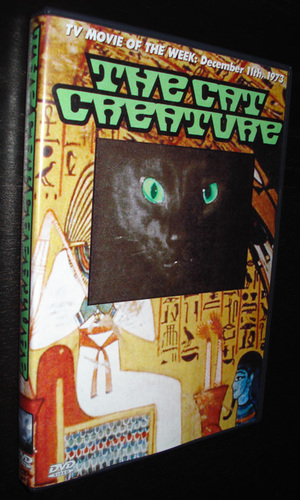 Cat Creature is a heady Curtis Harrington combination of high-gloss production values and spinechilling terror. A curse imposed thousands of years ago by a cat goddess wreaks havoc in the 20th century--all for the purpose of retrieving a long-lost golden amulet. Gale Sondergaard, whose association with things horrific went back to 1944's Sherlock Holmes and the Spider Woman, is suitably hissable as the cat queen; also in the cast is fright-flick veteran John Carradine and second-generation spooker Peter Lorre Jr. Screenwriter Robert Bloch intended this film as an affectionate throwback to the stylized horror films of old. Cat Creature is the sort of film that removes the "potboiler" stigma from the made-for-TV form.