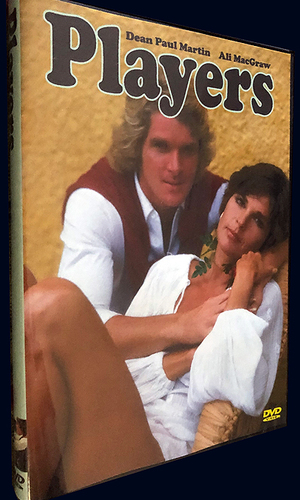 A young man and an older woman wonder if tennis is the only place where love means nothing in this romantic drama. Twenty-something Chris (Dean Paul Martin) is a rising star on the professional tennis circuit. Nicole (Ali MacGraw) is an artist in her early 40s who's involved with a wealthy man (Maximilian Schell). Chris falls for Nicole, but while she's certainly attracted to him, she's not sure if she should give up her life of luxury in order to follow Chris in his uncertain future. Players is loaded with cameos from major tennis stars, including John McEnroe, Guillermo Vilas, and Ilie Nastase; Pancho Gonzales has a major supporting role as Chris' coach.