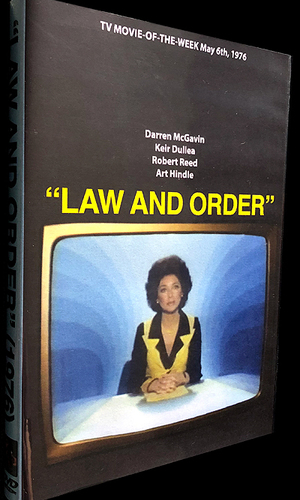 Former policewoman Dorothy Uhnak wrote the book upon which this 150-minute TV movie was based. The central characters of Law and Order are the male members of an Irish-American family--three generations of police officers. The bulk of the drama concerns the conflicts between Deputy Chief of Public Affairs Brian O'Malley (Darren McGavin) and his Vietnam-vet son (Art Hindle), who has become a beat cop. In addition to his problems at home, Chief O'Malley must contend with rumors of departmental corruption. Law and Order was designed as the pilot film for a Police Story-style series with a family slant.