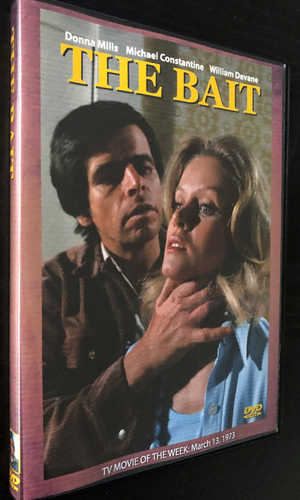 Donna Mills was still in her "imperiled heroine" career stage when she starred in the made-for-TV The Bait. Mills is a policewoman who goes incognito to solves a baffling series of rape-murders. Almost as deadly as the rapist is the sexism Mills must suffer from her superior officer (Michael Constantine)--which at times is played for laughs. Based on a novel by former policewoman Dorothy Uhnak, who must have been appalled at the liberties taken with her work by this film, The Bait was the pilot for an unlaunched weekly TV series.