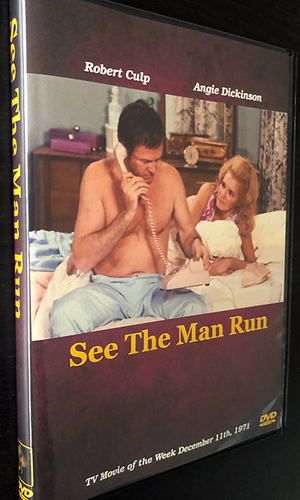 New transfer!! Robert Culp stars in this TV movie as a failed actor who accidentally intercepts a phoned-in ransom demand for a kidnapped teenage girl. Deciding to cash in on this happenstance, Culp and his wife (Angie Dickinson) work out an extortion scheme based on the actor's skill with vocal impersonation. He calls the kidnap victim's father, pretending to be the kidnapper and making monetary demands; then he redials the kidnappers and pretends to be the distraught father, awaiting further instructions. In this way he hopes to intercept the ransom money and leave everyone else hanging. Culp's conscience gets the better of him--with fatal results.