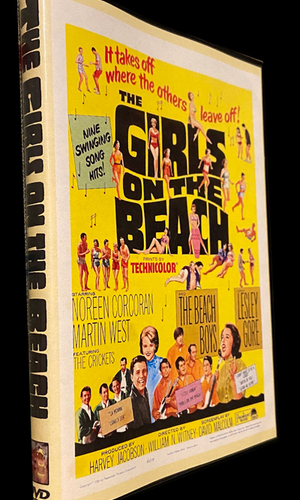 The Beatles are coming! The Beatles are coming! Or so the members of the Alpha Beta sorority who are trying to raise $10,000 during Spring Break to save their sorority house believe. When the Fab Four do not show, the ingenious girls must create a passable imitation by imitating them themselves. The Beach Boys also appear in this film with an especially choice scene of Brian Wilson singing around a campfire. Songs in this musical comedy include: "Leave Me Alone," "It's Gotta Be You," "I Don't Want to Be a Loser" (sung by Lesley Gore), "Lonely Sea, La Bamba" (performed by the Crickets), "Girls On the Beach," and "Little Honda" (sung by the Beach Boys).