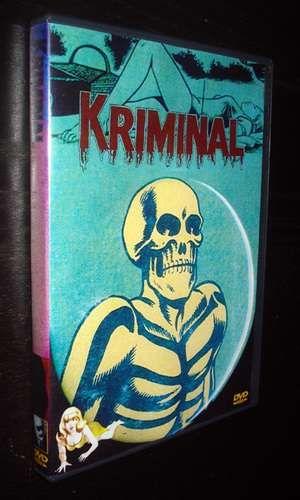 While Diabolik was nicknamed "Il genio del crimine" (the genius of crime), Kriminal on the other hand is "il genio del male" (the genius of evil), he is the anti-Diabolik, a little more sadistic. The film opens with our thief, Kriminal on the verge of being executed for stealing the British Crown jewels. As you would expect he somehow escapes, and his nemesis, Inspector Milton of Scotland Yard vows to track him down. Kriminal then gets involved in a diamond heist, seducing and killing along the way in equal measure. There is a real hint of the Connery Bond movies in here, great 60’s locations (Madrid to London and Rome to Istanbul), and beautiful women, but with a central character who wears a cool skeleton costume instead of a tuxedo when carrying out his capers.