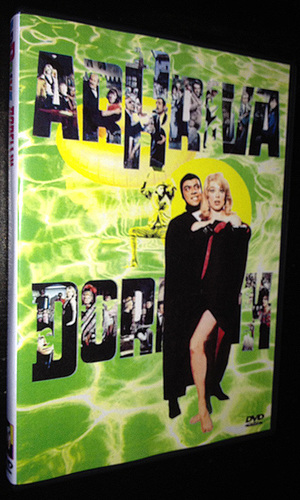 You need to have a warped sense of humor to appreciate "How To Kill 400 Duponts." As in most black comedies, death is treated nonchalantly, but although nearly all the victims are random, innocent people who just happen to bear the name "Dupont", the killer is meant to be a likable comic figure. To be fair, Dorellik rarely kills anyone directly; he usually arranges for people to kill themselves. He is also a master of disguise, a notoriously great kisser, an acrobatic thief and a clever strategist. His nemesis is a sub-Inspector Clouseau type (Terry Thomas) whose antics get funnier and by the end the movie manages to capture the crazy-nutty-wacky tone it's been fighting for (the final plot twist is truly out-there!). Margaret Lee, as Dorellik's on-and-off girlfriend, looks gorgeous (what else is new?) and shows some flair for physical comedy.