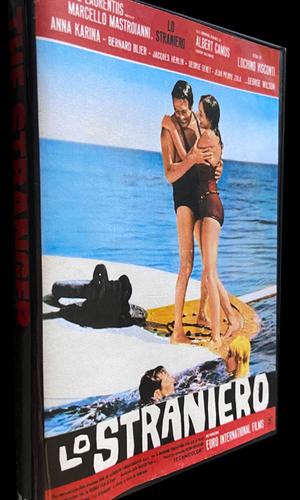 The Stranger is a literal (but still very cinematic) adaptation of the novel by Albert Camus. Marcello Mastrioanni stars as Meursault, a man who feels utterly isolated from everyone and everything around him. This alienation results in sudden, inexplicable bursts of violence, culminating in murder. The subsequent trial of Meursault manages to convey the oppressive heat of its Algerian setting with director Luchino Visconti's usual veneer of elegant decadence. Though set in the 1930s, the sensibilities of the film were very much attuned to the 1960s: the problem was that Camus' sentiments had been adopted by so many other filmmakers of the period that The Stranger seemed rather commonplace. The film was originally released in Italy as Lo Staniero.