<< Back to Public transit << Previous 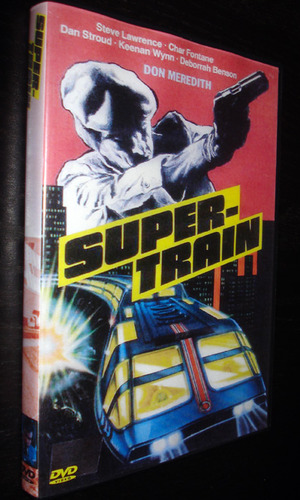 Considered one of the biggest, most expensive failures in network history, Supertrain was sort of a landlocked version of The Love Boat. It followed passengers on an atomic-powered transcontinental train that could go from New York to Los Angeles in 36 hours, equipped with all of the amenities of an ocean liner including a disco nightclub, beauty salon, doctor on staff and gymnasium. In this pilot episode titled Express to Terror, the inaugural run of the Supertrain is marked by intrigue when a mysterious assassin on board the the train makes repeated attempts on the life of a passenger.