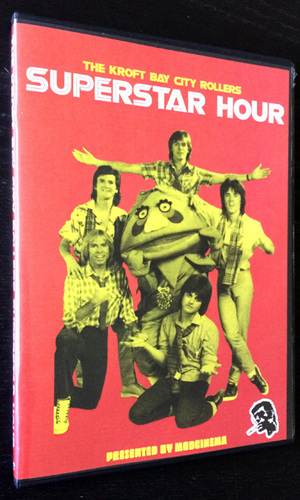 Originally titled "The Kroft Superstar Hour with the Bay City Rollers," this hour-long show featured skits and songs with the band as well as the segments "Horror Hotel", "Lost Island", and "Magic Mondo." The Saturday mornings children's show was an embarrassing failure that the band felt pressured into. "Nobody actually wanted to do that show because it just reeked of crap" Bay City Rollers singer Les McKeown once said in an interview. NBC pulled the plug on the series after just two months, nevertheless it stands on it's own as a bizarre '70s rock 'n roll time capsule. Includes the original broadcast commercials from 1978!