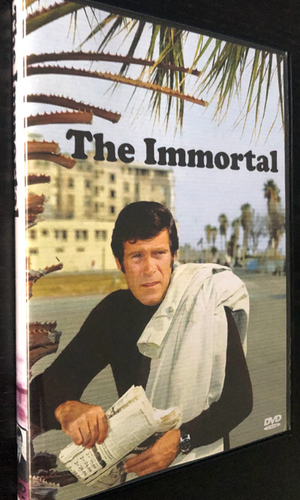 The Immortal is the pilot film for a TV series that reversed the concept of Run For Your Life: Instead of a hero with only a few years to live, the hero of The Immortal can never die! Injected with an experimental serum, Christopher George finds that his blood system has built up an immunity to all diseases and that his ageing process has been halted. That should have been the end of the story, but a dying millionaire (Barry Sullivan) hopes to drain George of his blood and transfuse it to his own body. George is forced to go into hiding; in the subsequent series, he did the "Fugitive" bit, travelling from town to town and touching the lives of the citizens therein.