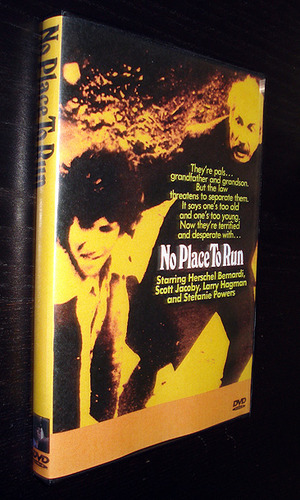 The made-for-television No Place to Run stars Herschel Bernardi as a seriously ill 73-year-old grandparent. Despite his many ailments, Bernardi is roused into action when he is denied custody of his orphaned grandson (Scott Jacoby). Grandpa and grandson decide to skip town together, with the authorities hot on their heels. Ironically, production of No Place to Run had to shut down briefly when star Herschel Bernardi fell ill for real. During this period, original director John Badham had to leave for another commitment; the film was completed by Delbert Mann, who receives sole directorial credit. Advertised as a "touching film drama" (well, it was!), No Place to Run debuted on September 19, 1972.