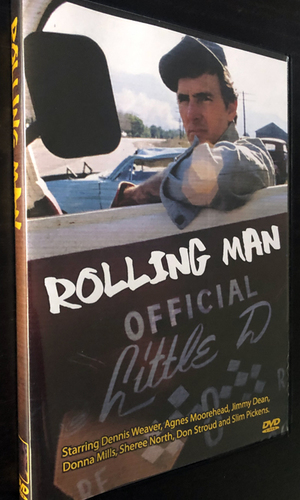 Dennis Weaver plays a tow-truck driver sent to prison on a trumped-up charges of attempted murder. Out after serving four years, Weaver finds himself a reluctant loner. His wife has died, and his two sons have disappeared. In seeking out his boys, Weaver also keeps an eye out for the man responsible for railroading him into jail. Whenever the script or the character threaten to lapse into cliche, The Rolling Man compensates with attractive camerawork taking full advantage of the Southern California landscape. This TV movie had all the earmarks of a pilot for a series, but there's no evidence to back up this suspicion.