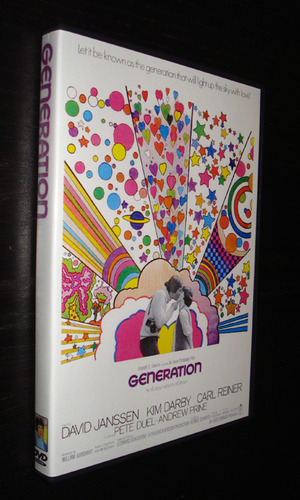 This exercise in late-sixties "mod"-ness is based on William Goodhart's Broadway play, which originally starred Henry Fonda. David Janssen takes over Fonda's role as the harried father of rebellious daughter Kim Darby. It was bad enough when Darby married kooky Peter Duel and moved to Greenwich Village. Now Darby is pregnant, and she and her husband insist upon partaking of that new hippie craze known as "natural childbirth," dispensing with the aid of an obstetrician. Fortunately for the Establishment status quo, Darby's husband gets cold feet, and loyal family doctor Carl Reiner is brought in when the kid is ready to come out of the chute.