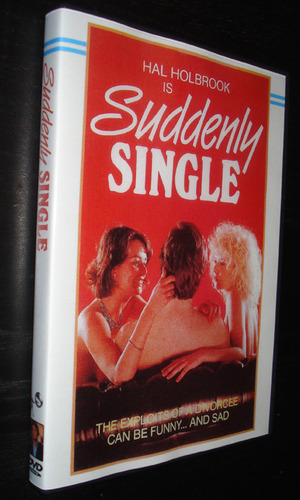 Suddenly Single is an assembly-line ABC Movie of the Week, given extra value by its attractive star lineup. The ball gets rolling when pharmacist Hal Holbrook is served divorce papers rather than dinner by his wife. Having been out of circulation since his marriage, the handsome but befuddled Holbrook plunges into the '70s singles scene. Comedy alternates with drama until the finale. The all-TV cast includes Harvey Korman and Cloris Leachman here seen at their least excessive in their pre-Mel Brooks days.