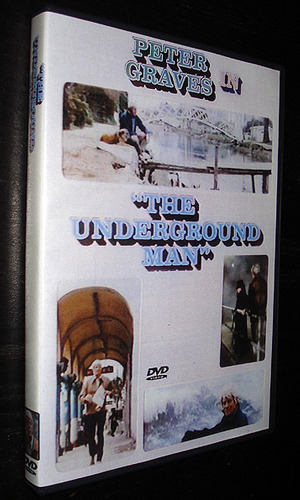 The Underground Man was the pilot film for a series based on Ross MacDonald's private eye hero Lew Archer (the source of Paul Newman's film appearances as "Lew Harper"). Most of the elements of the factory-approved MacDonald formula are put into effect here: An old flame, a seemingly cut-and-dried case leading to sinister complexities, dark family secrets, ecological rape, and the inadvertent solving of previously unsolved crimes. Archer (Peter Graves) is hired to rescue the kidnapped son of his former love, and the cycle begins. This particular pilot didn't sell, but there would be a separately produced Archer series late in 1974 starring Brian Keith.