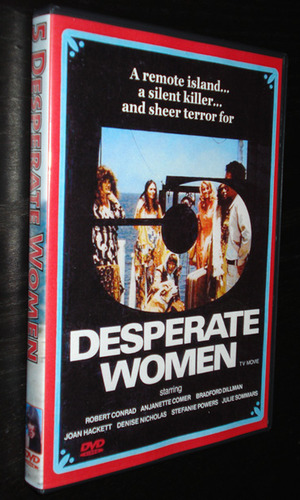 Five Desperate Women debuted as an ABC Movie of the Week on September 28, 1971. Anjanette Comer, Joan Hackett, Denise Nicholas and Stefanie Powers are four of five graduates of an exclusive girl's college, meeting together for a reunion on a remote island. The fifth girl (whose name we'll withhold for suspense purposes) is the one that's murdered first. It appears that an unknown assailant plans to pick off the girls one by one. The survivors must figure out who's doing them in and why before fade-out time.