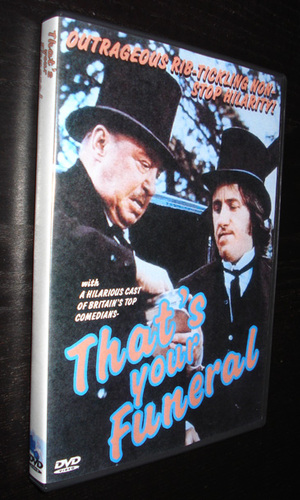 Bill Fraser and Raymond Huntley star in the raucous British farce That's Your Funeral. Fraser and Huntley play Bullstrode and Holroyd, rival undertakers. The animosity between the two is amplified when drug traffickers attempt to use coffins and hearses to smuggle their wares. David Battley and John Ronane co-star in the sitcomish goings-on.