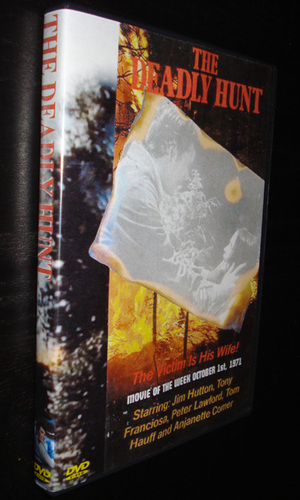 Jim Hutton and Anjanette Comer have the misfortune to be honeymooning while a forest fire ranges all around them. But that's only the beginning, folks. The lovebirds are also being stalked by crazed hunters Tony Franciosa and Peter Lawford. Deadly Hunt is based on Autumn of a Hunter, a novel by Pat Stadley, but it also owes quite a lot to Richard Connell's The Most Dangerous Game. Made for television, the film debuted October 1, 1971.