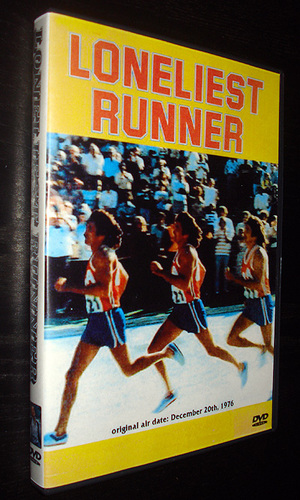 Actor/writer/director Michael Landon revived an unpleasant chapter in his own past in his teleplay for The Loneliest Runner. Landon's alter ego, 13-year-old John Curtis, is played by Lance Kerwin. Young John is a chronic bedwetter, a fact that his overbearing mother (DeAnne Mears) attributes to "laziness." As if John's problem isn't humiliating enough within the confines of his own home, his mother exacerbates the problem by telling everyone she knows about her boy's affliction -- even to the extent of displaying his sheets from his bedroom window. Tortured by guilt and self-doubt, John channels his frustration and anger into running with the junior high track team. Within the next ten years, John is an Olympic marathon runner and gold-medal winner. Landon himself appears in the wraparound scenes as the adult John Lewis. NBC cagily scheduled The Loneliest Runner's December 20, 1976 premiere in a 9:30 PM timeslot-directly following Michael Landon's top-rated TV series Little House on the Prairie.