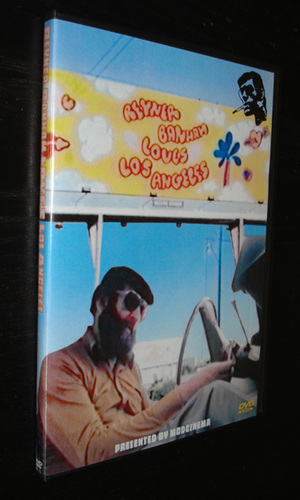 Long before Los Angeles's contribution to modern culture became widely recognized, British architectural historian Reyner Banham proclaimed it one of the world's great cities. Banham's influential yet controversial book Los Angeles: The Architecture of Four Ecologies (1971) saw beauty in the city's sprawling layout and car-based urbanism. Shortly after the book's publication, the BBC documented Banham's vision of Los Angeles for an episode of its series One Pair of Eyes. The documentary takes the viewer on a tongue-in-cheek tour of the city's cultural landscape. The trip includes stops at iconic landmarks such as Watts Towers and the Lovell "Health" House designed by Richard Neutra, as well as mini-malls, drive-thrus, and strip clubs. An entertaining and thoughtful examination of a metropolis in motion, the film documents a city situated at the divide between the modern era's clean lines and faith in progress—as captured in the work of architectural photographer Julius Shulman—and what has been described as Banham's "Pop Art" view, with its sparkle-front houses, Tiki huts, and jarring juxtapositions.

special bonus featurette:
Anatomy of Los Angeles (1969 French TV, 37 mins)
Filmed as part of the French television program Point contrepoint this critical and poetic portrait of Los Angeles, a sprawling city where the automobile is king and millions of individuals live together but never meet. During the documentary students, a French chef, authors Henry Miller, Norman Mailer recall the positive and negative aspects of the city. (with English subtitles)