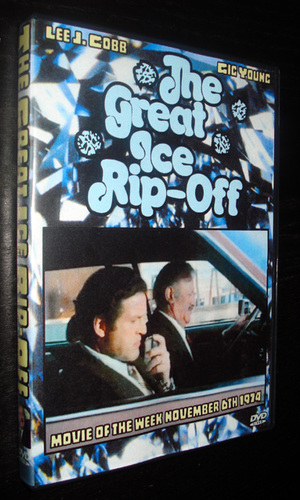 No, nobody steals a skating rink in The Great Ice Rip-Off. The "ice" referred to in the title of this TV movie is a cache of diamonds, stolen by aging thief Gig Young and his entourage. Most of the story transpires during a bus ride from Seattle to San Diego, during which Young's various gang members come aboard with their share of the stolen booty. Lee J. Cobb plays one of the bus passengers, who happens to be an ex-cop with a suspicious nature. The climactic chase sequence in The Great Ice Rip-Off is handled con brio by director Dan Curtis--far removed from his earlier work on Dark Shadows.