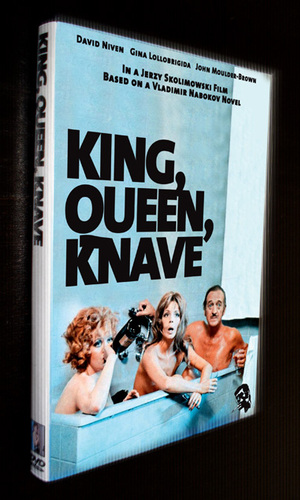 Based on a novel by Vladimir Nabokov, this English-language satirical drama details the experiences of Frank (John Moulder Brown), a young orphan who finds himself deep in the romantic clutches of his uncle's sensual wife. After Frank's parents die, he goes to live with his aunt Martha (Gina Lollabrigida) and uncle Charles (David Niven). Sexy Martha entices Frank into her embrace then wants him to kill her husband so that they can live off of his money. Frank wouldn't mind so much, but he really likes his uncle. Directed by Polish filmmaker Jerzy Skolimowski (Deep End, Moonlighting, The Shout)