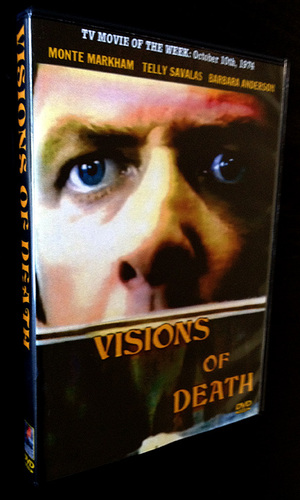 A college professor (Monte Markham) with the power of clairvoyance alerts the police that someone is about to plant a powerful bomb. He soon discovers that the police are focusing on a prime suspect -- him. Co-starring Telly Savalas, Barbara Anderson, and Tim O'Connor, Visions of Death (also known as Visions...) premiered on October 10th, 1972.