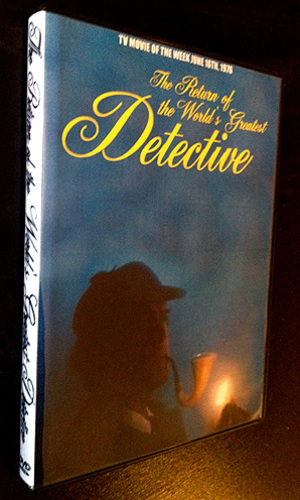 Larry Hagman stars as an incompetent New York motorcycle cop who suffers a head injury. Upon awakening, he's convinced that he is actually Sherlock Holmes, on the trail of the elusive Professor Moriarity. Jenny O'Hara plays a psychologist named Watson, who of course finds herself the would-be Sherlock's assistant. As it happens, the ersatz Holmes manages to solve a genuine mystery, and at the end it appears that he and Watson will continue to operate as a team. At least, that's what the producers hoped when they filmed this movie-length pilot for a potential TV series. Like most Sherlock Holmes spoofs, The Return of the World's Greatest Detective (aka Alias Sherlock Holmes) didn't sell, though the real Holmes (in a manner of speaking) enjoyed a 1980's renaissance on British television.