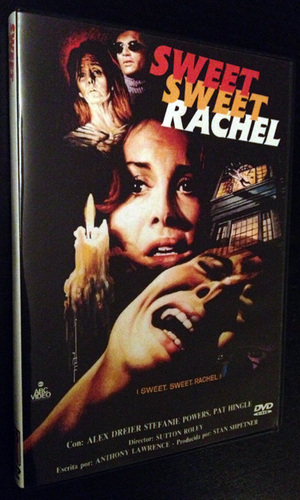 Although the actors and character names aren't the same, Sweet, Sweet Rachel was the pilot film for the TV series Sixth Sense. Alex Dreier plays a paranormal researcher whose patient, Stefanie Powers, suffers from disturbing ESP flashes. The source of these ghoulish images is a psychic murderer, who uses mind control to kill his female victims. Sutton Roley has directed tight, fascinating TV-movie horrors in the past; this isn't one of them. When Sweet, Sweet, Rachel became Sixth Sense, Alex Dreier was replaced by the younger, handsomer Gary Collins (A TV announcer-turned-actor replaced by an actor-turned-announcer. The mind boggles).