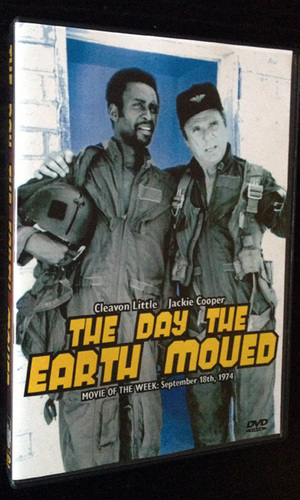 Jackie Cooper and Cleavon Little star as aerial photographers who spot a few threatening cracks in the San Andreas fault. Will anyone listen? No. Do they suffer in the subsequent quake? Yes, but not as expensively as the all-star cast in Earthquake. Still, The Day the Earth Moved doesn't aspire to be anything more than a modest made-for-TV disaster flick, and within its own limits it succeeds.