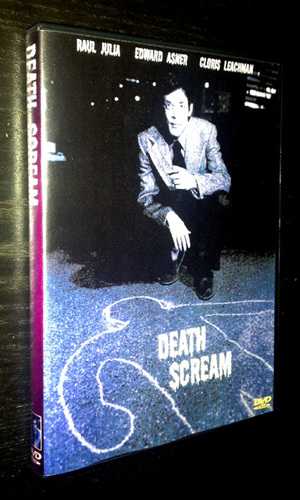 The 1975 TV movie Death Scream is based on the shameful Kitty Genovese affair of 1964, in which a N.Y.C. woman was stabbed to death while 38 witnesses locked their windows and doors and pretended not to hear. Raul Julia stars as the detective who investigates the murder and stirs up the guilt feelings of those who refused to help. The film casts celebrity actors in the roles of the witnesses (Diahann Carroll, Cloris Leachman, Lucie Arnaz, Nancy Walker, Art Carney, et al.).