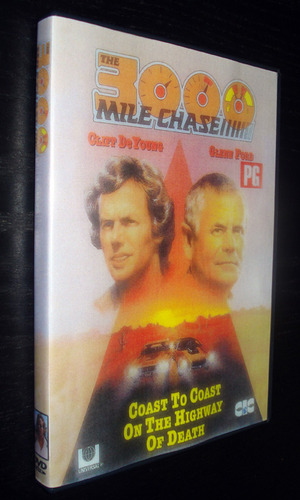 Secret courier Matt Considine accepts the mission to escort chief witness Dvorak and his wife from San Francisco to a trial in New York. They have to cover 3,000 dangerous miles, because the drug mob wants to kill them at any price. A casual glance at the cast list for the made-for-TV 3000 Mile Chase might lead one to conclude that stars Cliff De Young and Glenn Ford play dual roles. In fact, De Young is a bonded courier, and Ford is a government witness. Produced by Roy Huggins, 3,000 Mile Chase was a revamping of his earlier busted pilot film Target Risk (1974). Originally telecast June 16, 1977, Chase likewise failed to graduate to a weekly series.