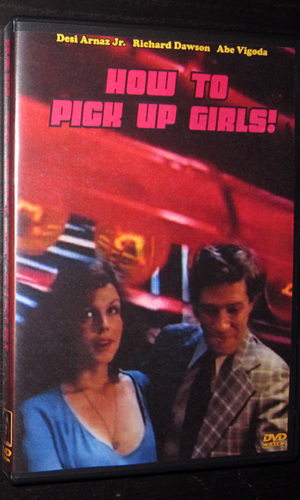 Though Desi Arnaz Jr. gets star billing in How to Pick Up Girls, the film's true leading man is third-billed Fred McCrarren. He plays a clueless Nebraska boy whose efforts to score with chicks in the Big City come to naught. Finally he stumbles upon the "secret" to successful dating with the help of his superstud roommate (Desi Arnaz Jr.) McCrarren is transformed into a makeout king--much to consternation of the nice girl (Bess Armstrong) who likes him for himself. Based on the book by Eric Weber (which one supposes was supposed to have been taken seriously), How to Pick up Girls is a made-for-TV smarmfest. At that, it is a few notches above the standard "horny teenager" flick which glutted the market in the early 1980's.