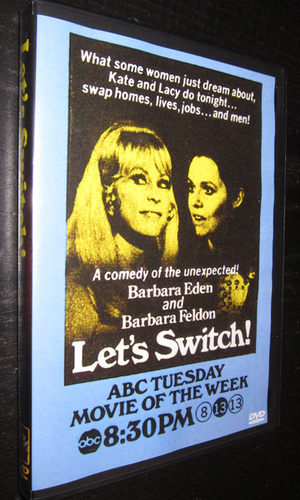 A made-for-TV domestic comedy, Let's Switch stars Barbara Eden as a homemaker and Barbara Feldon as her best friend, a glamorous magazine editor. Both are slightly jealous of each other's life style, so they decide to switch roles for a while. Feldon is consigned to the laundry and kitchen, while Eden makes the worldwide journalistic rounds. "There's no place like home...there's no place like home..." Let's Switch plays like an elongated half-hour sitcom, which in essence it is.