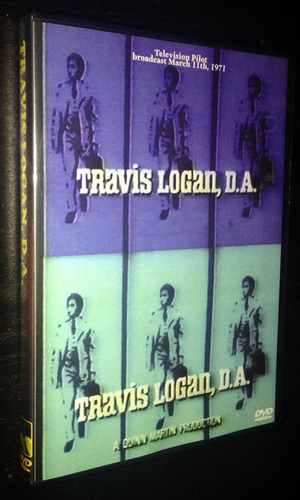 Travis Logan, D.A. is a TV pilot film, originally telecast in March of 1971. Vic Morrow heads the cast as Logan, while Hal Holbrook earns "special guest star" billing as a clever murderer. Logan is prepared to go around with Holbrook's defense team when they try to cop an insanity plea. But a little ardent sleuthing reveals a vital trip-up clue in the form of a shotgun pellet. Though Travis Logan, D.A. did not result in a series, its pilot film was far and away superior to most one-shot of its ilk.