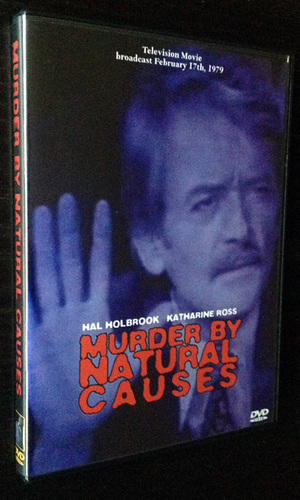 TV-mystery mavens Richard Levinson and William Link score another homicidal hit with Murder by Natural Causes. The premise: Hal Holbrook has a weak heart. Holbrook's wife Katharine Ross is carrying on an affair with Barry Bostwick. Ross wants to lose her husband, but she doesn't want to leave herself open for a murder rap. So Ross arranges for her husband to have a fatal heart attack. The complication: Holbrook is a professional mentalist. In layman's terms, he can read minds. Don't turn off Murder by Natural Causes until all three of its possible endings are offered to you. Few people switched the channel when Murder was first telecast February 17, 1979.