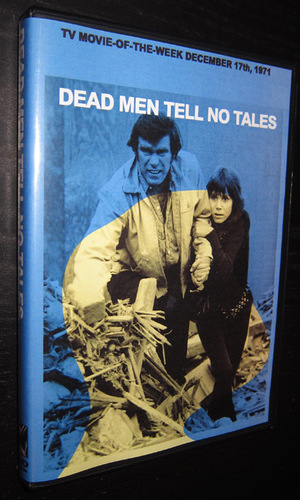 Photographer Christopher George is mistaken for an assassination target by paid killers. Since the actual victim-to-be is now safe, George cannot count on the protection of the authorities, so he takes it on the lam. He is sheltered by former girlfriend Judy Carne, who is kidnapped and threatened with death for her troubles. George decides to take matters in his own hands when it becomes impossible for him to separate the good guys from the bad. Made for television, Dead Men Tell No Tales would dearly love to be a Hitchcock film; it falls short of this goal, but is diverting fun all the same.