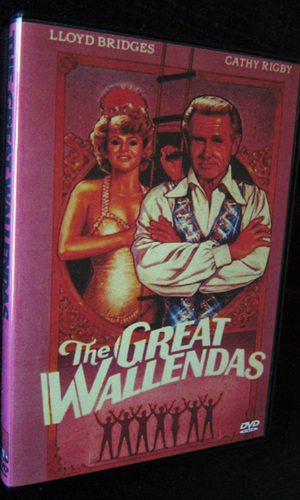 Lloyd Bridges stars as stubborn high-wire artist Karl Wallenda in the made-for-TV The Great Wallendas. The famed family aerialist troupe suffered a tragic setback when, during a performance in Detroit on January 30, 1962, an accident caused the death of Karl's son-in-law and nephew, and the crippling of his own son. With grim determination, Karl insists that the Wallendas recreate their fatal "pyramid" routine. Despite several near-disasters, the Wallendas make a triumphant comeback in Fort Worth, Texas on November 19, 1963, which is faithfully recreated in this film under the supervision of the real Karl Wallenda. Also starring in this 2-hour film are Britt Ekland, Taina Elg, and genuine gymnast Cathy Rigby. The Great Wallendas premiered on February 21, 1978.