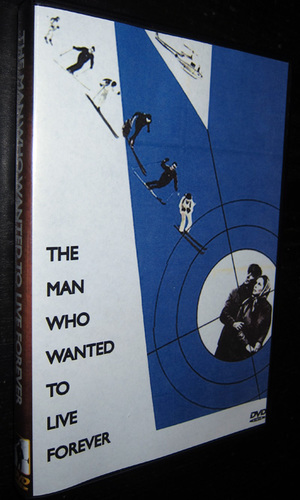 AKA "The Only Way Out Is Dead"

The man with the "life wish" is multi-billionaire Burl Ives, who maintains an isolated medical research center. Stuart Whitman is hired as the new head of this center, where he is told to ignore any unusual goings-on and to keep his mouth shut. Slowly it dawns on Whitman that there's an inordinate number of wealthy old men entering the center--and the research lab is busy dissecting younger cadavers. Without revealing any more of the plot, we can point out that the film's closing line refers to Chinese leader Mao Tse-Tung, who was 80 years old at the time. The original title of Man Who Wanted to Live Forever was The Heart Farm, which would have given the game away from the outset. This TV movie was released theatrically in Europe as The Only Way Out is Dead, which likewise lowered the film's element of surprise.