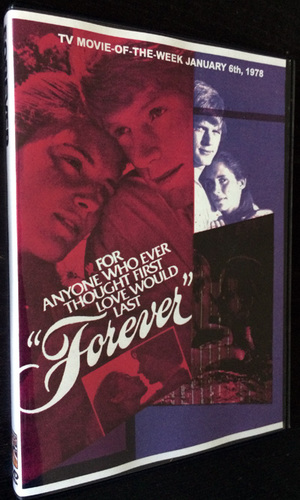 According to the network press release, the made-for-TV Forever was concerned with the "joys and anguish" of teenage romance. The teenage romancers herein are played by Stephanie Zimbalist and Dean Butler. It is the first serious relationship for both, and so far as they are concerned, it will be the only such entanglement in their lives. The script, based on Judy Blume's novel, details in bittersweet fashion how "forever" is a relative term when one is very young and impressionable. The film was originally telecast January 6, 1978.