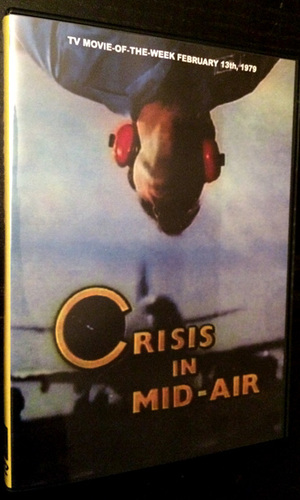 Crisis in Mid-Air is essentially a "problem drama" concentrating on a single individual. George Peppard plays a veteran air traffic controller who holds himself responsible for a mid-air collision. With an FAA investigator breathing down his neck, Peppard gets a chance to prove his value when another flight, with 235 passengers on board, puts in a "Mayday" call. The TV Guide ads for this television movie were a little misleading, suggesting that Peppard was in the cockpit rather than the control tower. Crisis in Mid-Air debuted February 13, 1979.