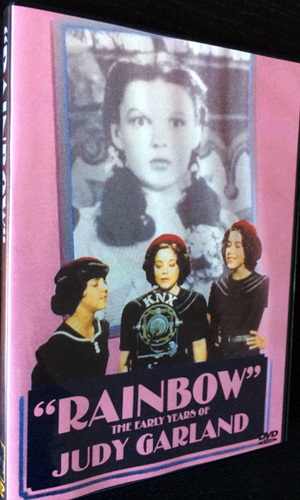 When Judy Garland first sang "Over the Rainbow" a star was born. But before there was stardom, there were years of hard work and heartache. And before she became Judy Garland, she was Frances Gum. Frances Gumm's early life was shaped by a determined mother who steered her relentlessly towards Hollywood and ultimately stardom. As one of the Gumm sisters, Frances peddled her talent wherever she could. As Frances' extraordinary gift became clear, her sisters left the act, and she alone shouldered the burden of child stardom. Within months, Judy Garland caught L.B. Mayers discerning eye, signed a contract at MGM studios and soon blossomed into the legend the world regards her as today.