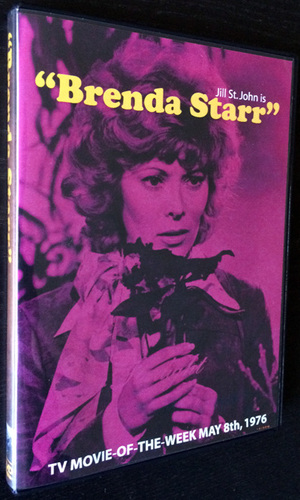 Jill St. John stars in this feature-length TV pilot film as plucky girl reporter Brenda Starr. While searching for a Howard Hughesish recluse, Brenda ends up in the wilds of Brazil at the mercy of voodoo-practicing natives. Happily, both St. John and special guest villain Victor Buono recognize the material for what it is, and make no effort to take things seriously. Brenda Starr debuted on May 8, 1976; no series of any kind followed. Other cinemadaptations of Brenda Starr include a 1945 Columbia serial starring Joan Woodbury, and a much-delayed (though not long-awaited) theatrical feature of the 1990s starring Brooke Shields.