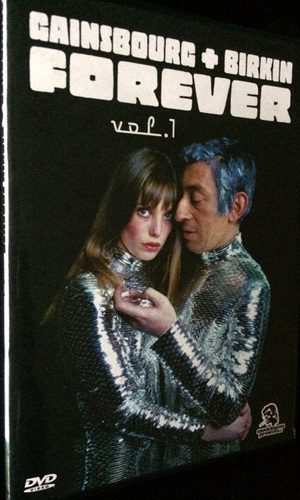 In mid-1968 Gainsbourg fell in love with the younger English singer and actress Jane Birkin, whom he met during the shooting of the film Slogan. Together they recorded timeless classics such as "Je T'Aime...Moi Non Plus"  and the concept album Histoire de Melody Nelson which has been referred to as "a masterpiece of perversion and corruption." This exclusive DVD compilation captures the couple performing on French television from 1969 to 1975 and includes the songs "69 année érotique," "Comic Strip," "Je suis venu te dire que je m'en vas," "Titi caca," "La décadanse," and "Je t'aime... moi non plus." Also includes the Melody Nelson TV special in its entirety with Jean-Claude Vannier's beautiful arrangements, as well as interviews, and Gainsbourg & Birkin's screen tests from the 1969 film Slogan.